Photo Adventures is a series of photos, in no particular order, that I have taken over the years.

It was a beautiful May night when Dianne and I walked through a maze of colourful lights and laser beams splashing on the side of the buildings in Sydney, Australia. I also took a lot of photos showing the displays flashing off the sails of the Sydney Opera House.

When in Maine, West Branch Pond in Northern Maine is one of my Favourite places to photograph. Not only is it beautiful in early morning, there is an abundance of wildlife that are often seen on the pond. I have photographed Moose, Loons, White Tailed deer, various ducks and also have photographed some gorgeous sun rises. 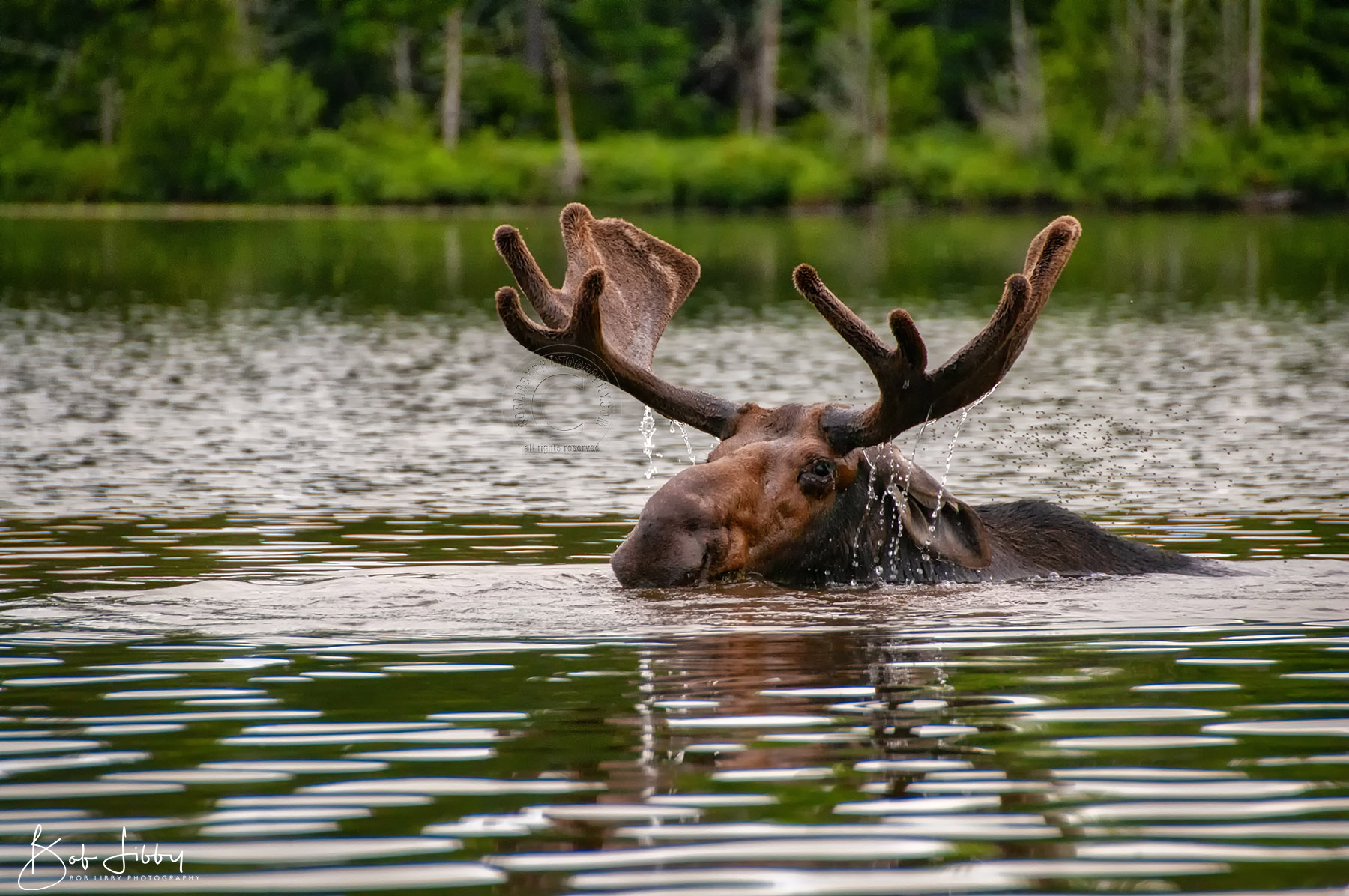 I was photographing Maine Loons on West Branch Pond when this large bull moose came out of the woods and started dining on water plants near the shore. After about 30 minutes he decided to swim out in the middle of the pond for more tasty plants. He would submerge underwater and come up with a mouth full of water plants. The moose flies all came over and landed on us when he disappeared underwater. Trying to photograph and focus with all these flies flying around was quite an effort. All along being nervous that this bull would come up under the canoe and tip us into the water, made for a rewarding and exciting morning.

Steve Kroschel has been an independent filmmaker for the past 34 years and a naturalist for most of his life. He owns and operates a wildlife park near Haines, Alaska for mainly orphaned wildlife indigenous to Canada and Alaska . Steve cares for moose, wolves, grizzly bears , wolverines and many other creatures. I booked a private tour with Steve and with his sidekicks, Rocky and Mario, they showed Dianne and I around the Wildlife Refuge during our three month long photography holiday of Alaska, Canada, Hawaii and Maine. This stop was one of the highlights of our trip, especially getting up close and personal with “Banff the Wolverine”, probably the only semi-tamed wolverine in the world. 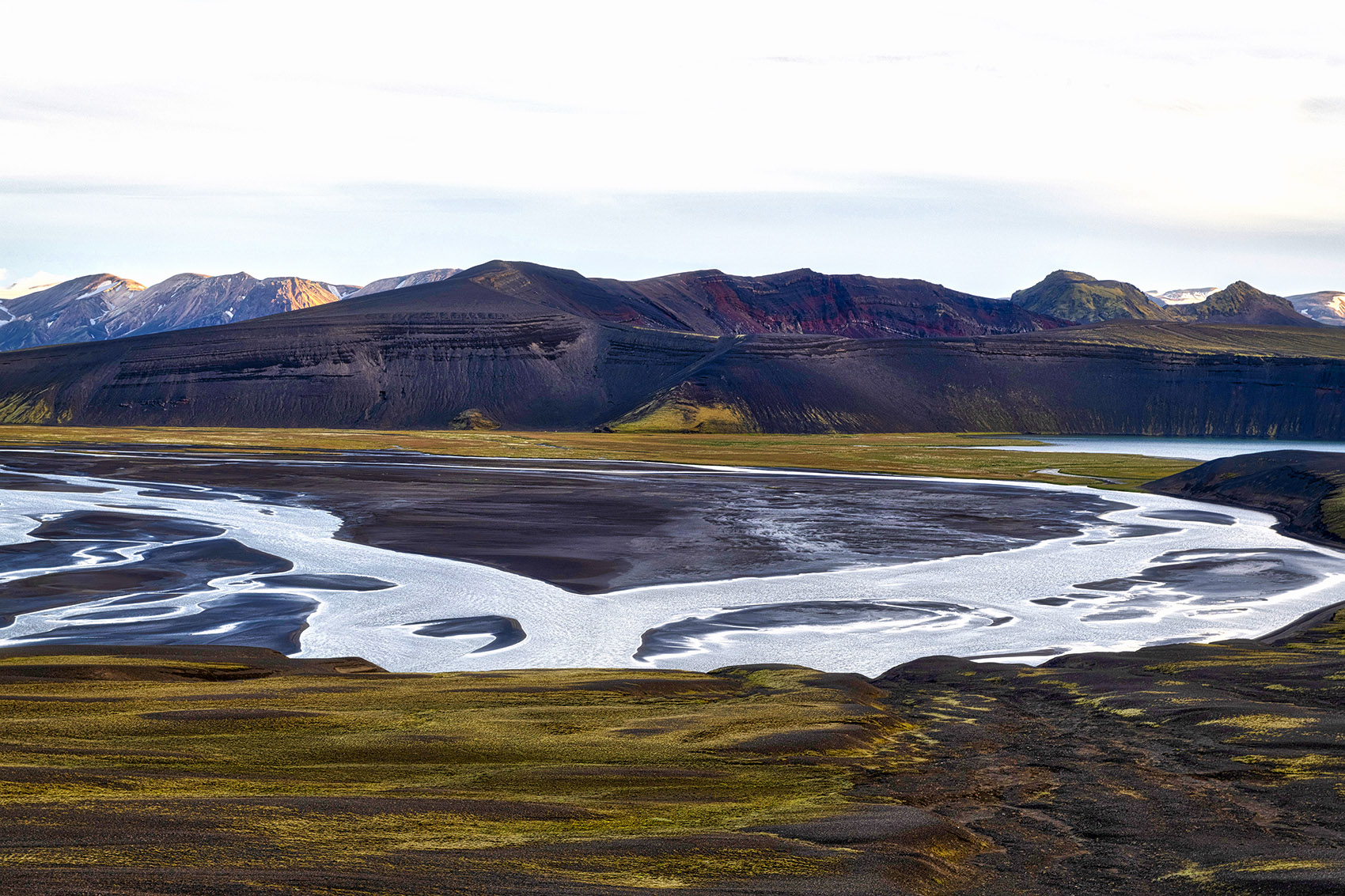 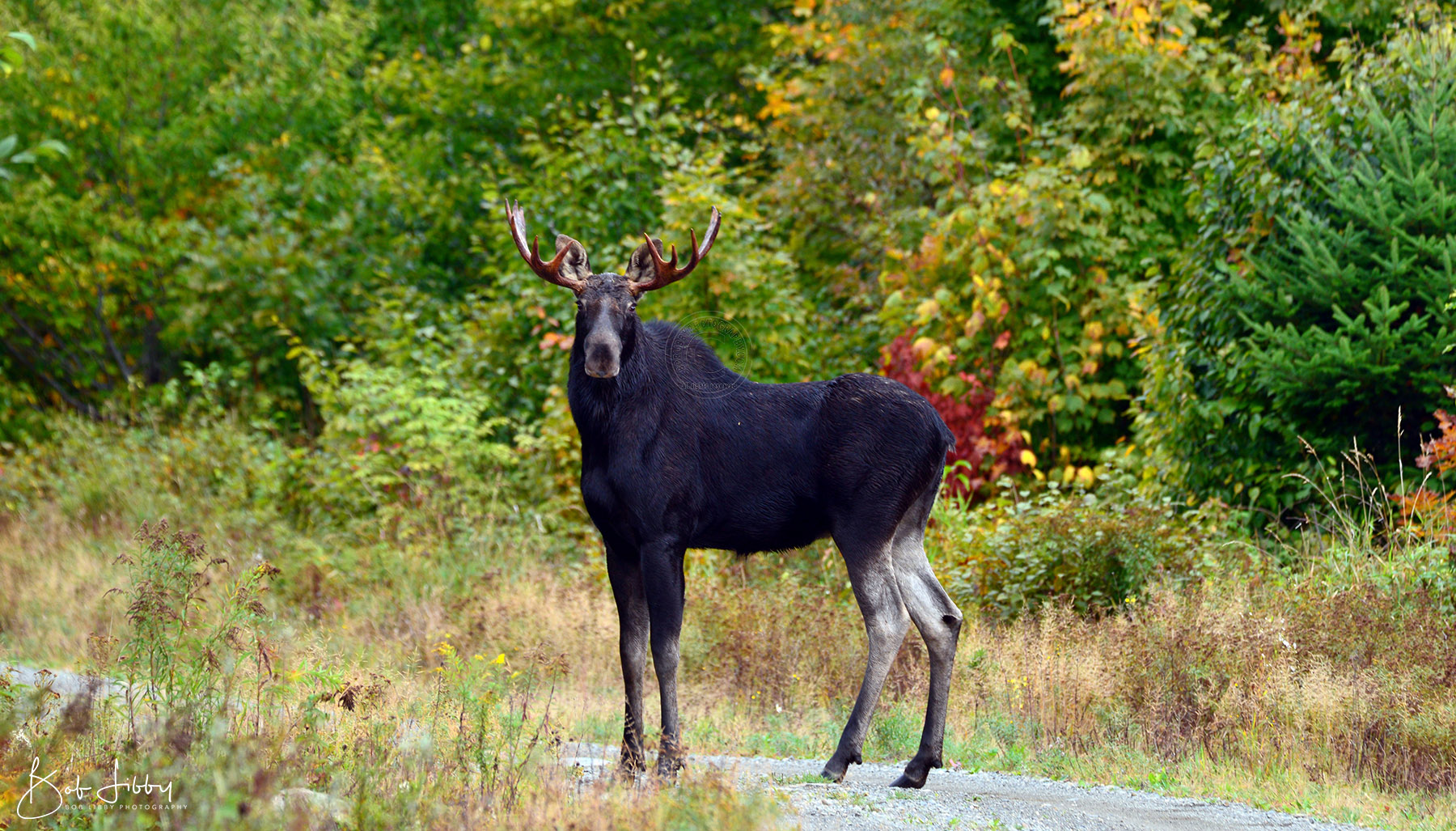 We were out trying to get a nice photo of the elusive Maine moose on an old tote road in Northern Maine when we rounded a corner and this little beauty stood there waiting for his photo to be taken. Most wildlife are not so cooperative as this fellow.

The big boy in the video was taken by Mark Patterson of Lone Wolf Guiding Services out of the Shirley/Greenville area of Northern Maine on one of his outings. Click video a couple of times and use full screen to see the real size of this monster Bull Moose. One of the largest I have seen in Maine. 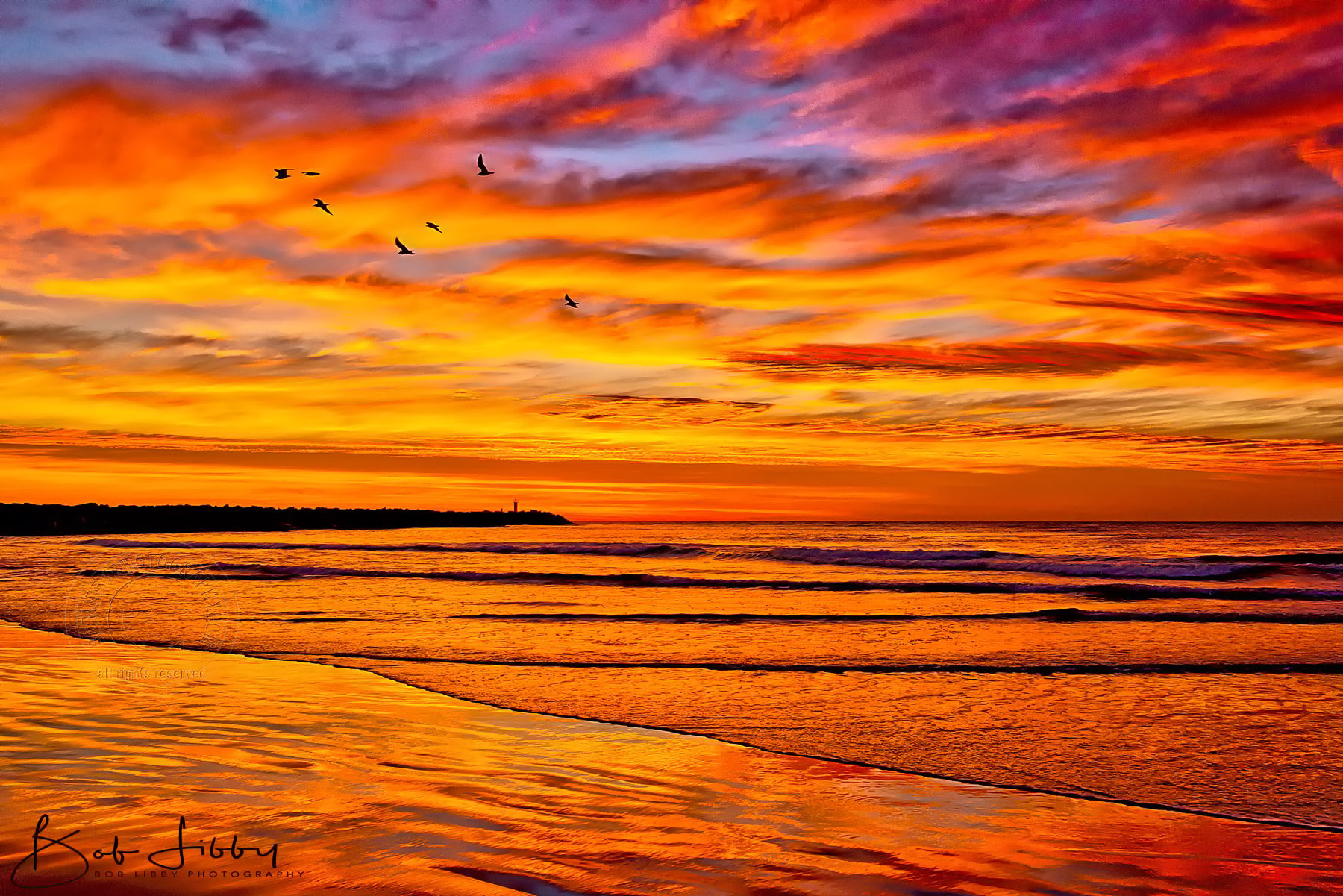 I got up early and it was still dark when I got to The Spit on the Gold Coast of Queensland, Australia, after setting up the camera I waited for about 20 minutes. Suddenly I was confronted with this stunning and spectacular scene. You now know why they call it the Gold Coast. 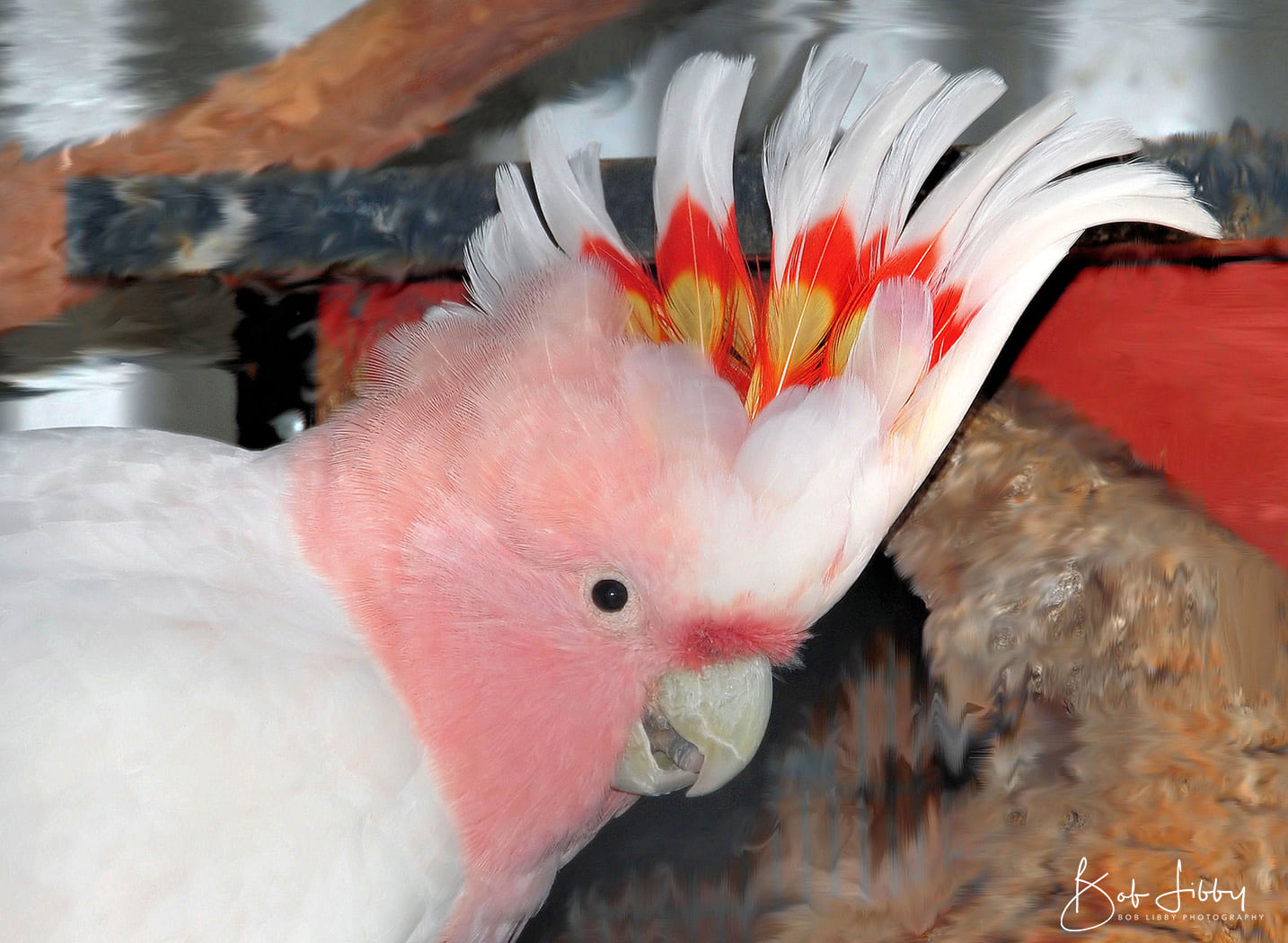 Often called a pink cockatoo due to its soft pink body colouring, the Major Mitchell cockatoo is in fact named after Major Sir Thomas Mitchell, who was a surveyor and explorer of south-east Australia during the 1800s. 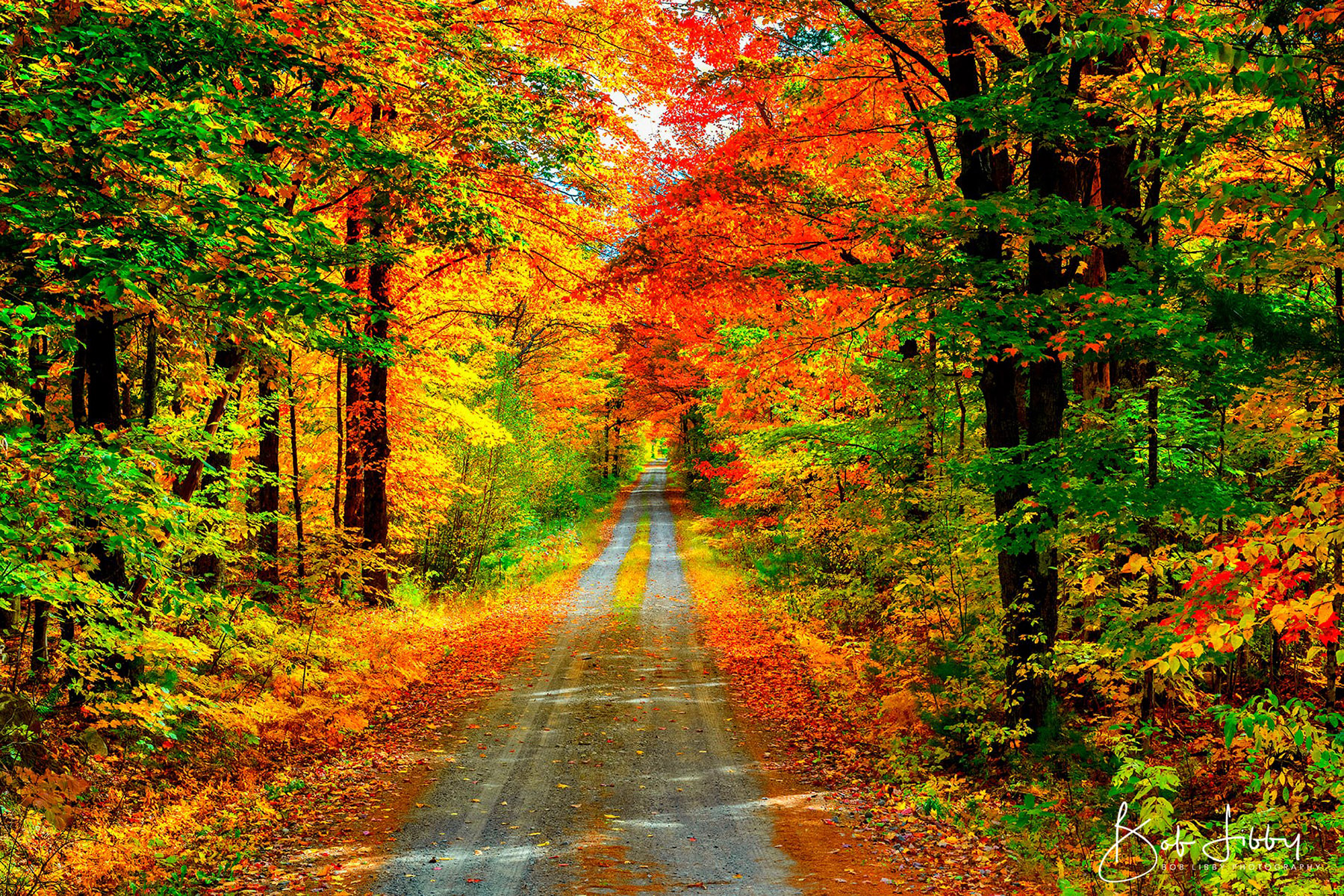 Are you a Leaf Chaser? Driving through any part of Maine at the peak of Autumn foliage is sure to be spectacular as colour abounds. This photo was taken just outside the town of Dover-Foxcroft, Maine.

This young, Maine Moose was photographed eating water plants in a small pond off the Golden Road in Northern Maine.

Lanikai Beach: Lanikai means “heavenly sea” in the Hawaiian language. And at Lanikai Beach that is exactly what you will find. We got here early before the beachgoers arrived. Warm turquoise green waters brush up against a fine sand beach while gentle trade winds offer a cool relief from the hot Hawaiian days. This beach is great for relaxing on the sand or taking a swim in it’s clear waters. Located on Oahu’s Windward coast Lanikai Beach is a popular hang out for locals and tourist.

This Iceland scene was photographed on the South coast of Iceland’s Snæfellsnes Peninsula, in the same area as the black church. It shows a lava field, a volcanic mound and a waterfall. It is estimated there are around 10, 000 waterfalls in Iceland. 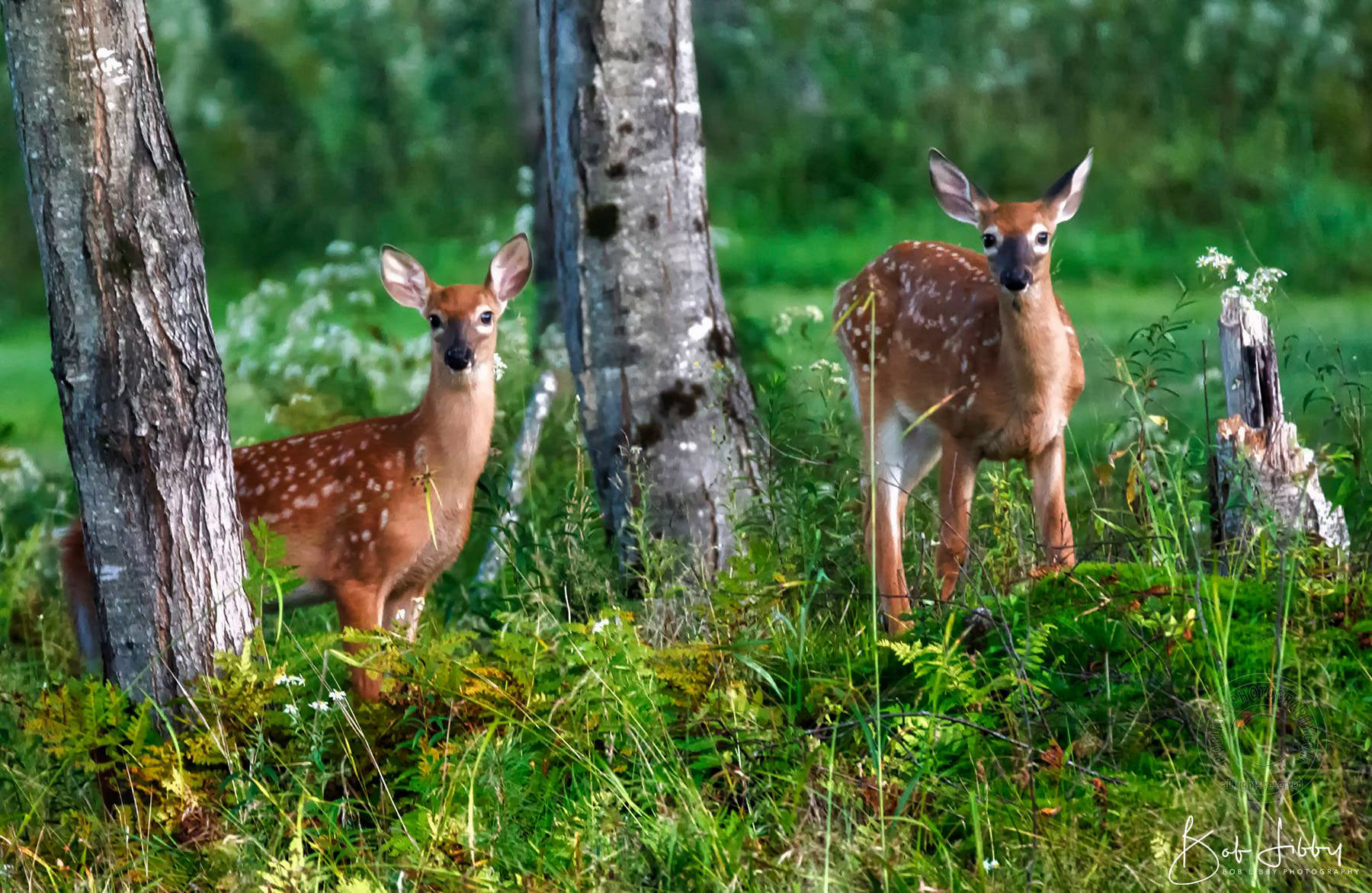 These two fawns were photographed in Willimantic, Maine, which is located at the geographic center of Maine. The town of Willimantic is located in Piscataquis County, a good area for photographing White-Tailed Deer.

Bob Libby is an award-winning photographer based on the sunny Gold Coast of Queensland, Australia. Known for his lighting mastery and craftsman’s approach to the creative process, Bob Libby is a photographer and writer that has a passion for photographing wildlife and nature.

Browse, Shop, Discover & View or purchase any photo/product on this website.

To Licence a Print for Commercial Use.